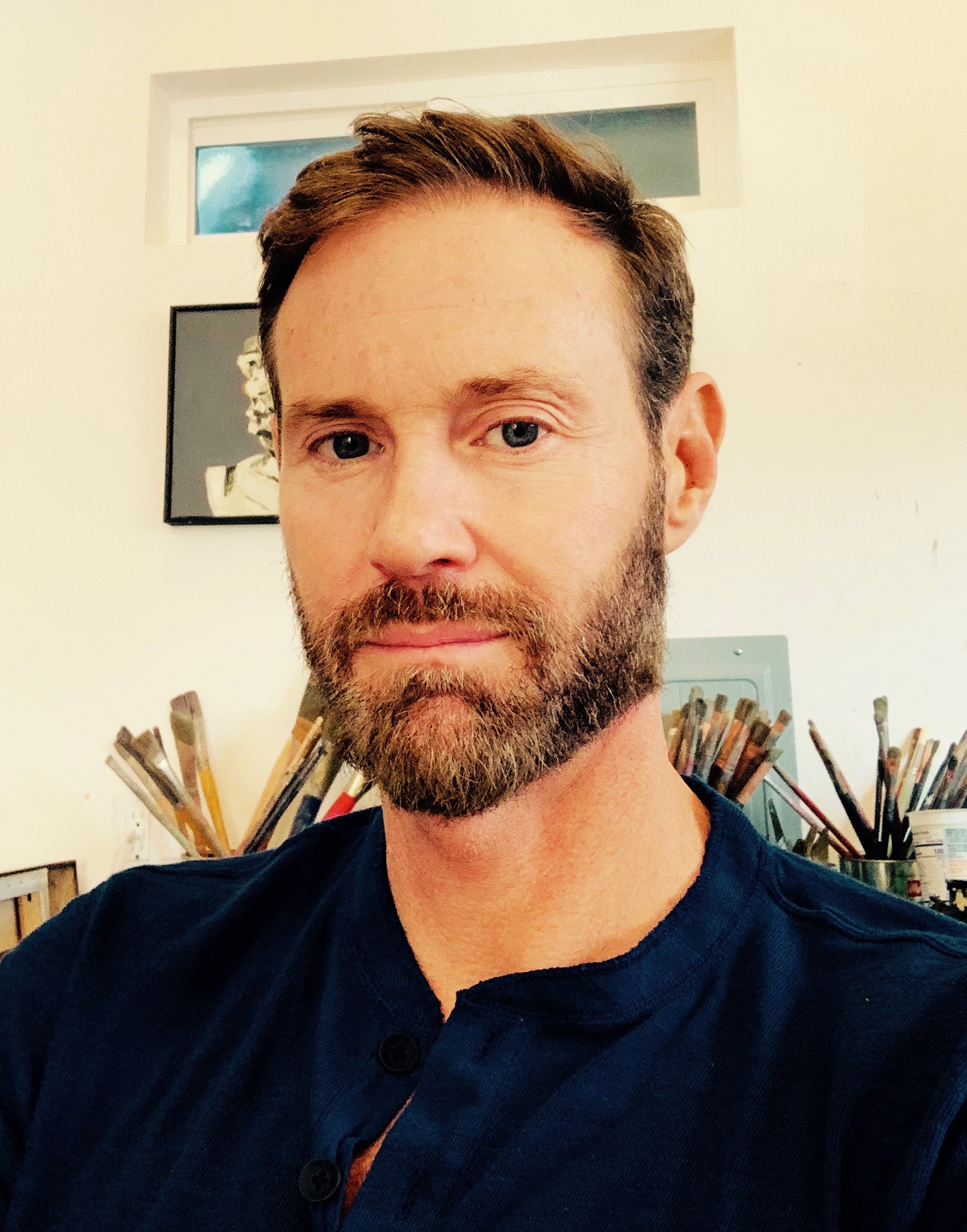 "I've been thinking a lot about what happens when we let go of ideas, thoughts, feelings, even identities. There seems to be calm and openness at first, but the next moments, the moments of reformation, are very interesting to me. As new threads of our ideas, thoughts and feelings begin to emerge, How do they intertwine with other non-solid concepts of who we think we are?" Michael Pemberton

Far from his early abstract works, English artist Michael Pemberton presents for the first time his new series Human Reformation. It is a series of figurative paintings that explore the role of imagination in our inner and outer experiences. An imagination fueled by our individual and collective interactions. Our personal experiences and the impact this can have on the transformation or “reformation” of that “self” over a lifetime.

Man is in constant flux, imbued with the course of his history and his relationship to others. An identity that is shaped, internally and externally, as much as it is deconstructed in all its complexity, even its unconsciousness, with the experience and the hazards that they encounter.

The often deconstructed figures, at different stages of formation or deformation, seem to defy the limits of their own physicality. The figure is formed in an interlacing of large bands of color. A pictorial practice that instills by its very essence. A sense of life and a physical and emotional energy to its subject.

The representation of non-illustrative and non-narrative imaginary human figures keeps the works open to interpretation. Through this work on figuration begun in 2018, Michael Pemberton questions human likeness, identity, authenticity, and the role of the imagination in the perception and representation of our reality.